The hipster trend has gathered a lot of followers in the past years and it will probabIy continue in this rhythm for a while still until it is replaced by either something complementary or something completely different. I have been aware of it and even interested in it when it was not yet very mainstream: I used to love listening to rather unknown indie bands, go to the first vintage fairs organised in Bucharest and, in terms of fashion, I also picked some elements from the movement, although after reading an article on how to dress and behave like a true hipster, I realised I was very far from the concept.

However, for me it lost momentum quickly and, thus, I didn’t keep me with the developments. That’s is why I have only recently heard of such a thing as sports for hipsters, not to mention an event where all these different “sports” are brought together under the title of olympiad . Of course, these are not sports in the real sense, but simply manifestations of the one of the trademarks of hipsters all around the world: irony. What kind of “irony fuelled sports” are we talking about, you may wonder? Well, these are some of the new “sports” featured in this year’s olympiad organised in Berlin:

just to name a few of the intelligible names mentioned on the official web page of the competition.

The German magazine Spiegel painted an appropriate picture of the absurdity and intended sarcasm of it all.

I didn’t make it to the competition part of the event. Instead, I arrived there after all prizes had been awarded and what was left were a live open air concert by a band whose music was more typically pop/hip-hop, than what I thought of as indie music. Inside the location, where a bar was set up alongside stalls with different items for hipsters on sale, the musical background wasn’t much more different: rap, mostly from the 90’s was the norm. Maybe I am confusing hipster with indie, but I found this aspect rather strange.

Photos hanging at the entrance

All in all, I spent didn’t spend more than half an hour at the event, because there wasn’t much going on, except people sitting around talking or watching the crappy music concert or walking around the stalls. There were a few things worthy to be photographed and this would be the best way to describe this event: it looked better than it felt.

In the pursuit of some hope 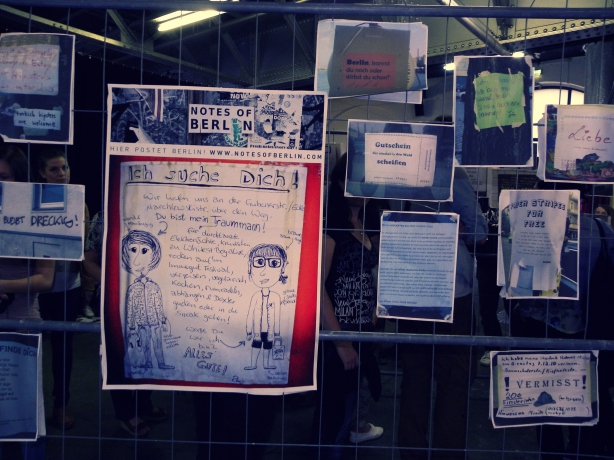 Love ad: I am looking for YOU 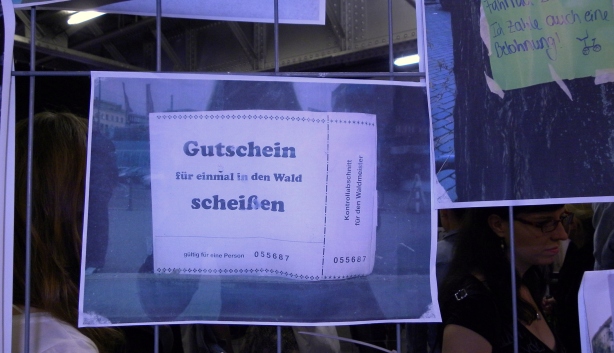 Voucher for one person to take a dump one time in the forest. I should except they issued these for animals as well 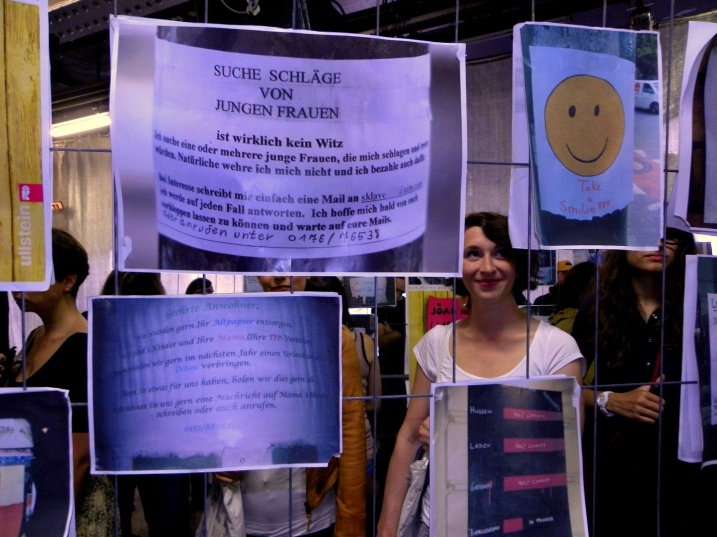 On one side smiley face, on another an ad from a guy searching for young women to slap him

I don’t have to anything

My friend, Dorothea, captured this mood brilliantly on camera. The pictures she took at the Hipster Olympiade can be viewed here.

As a conclusion, I would say I was disappointed by what I saw and kept comparing it to other rather similar events or fairs I have been to in Bucharest, which appeared a lot more fun and cool. 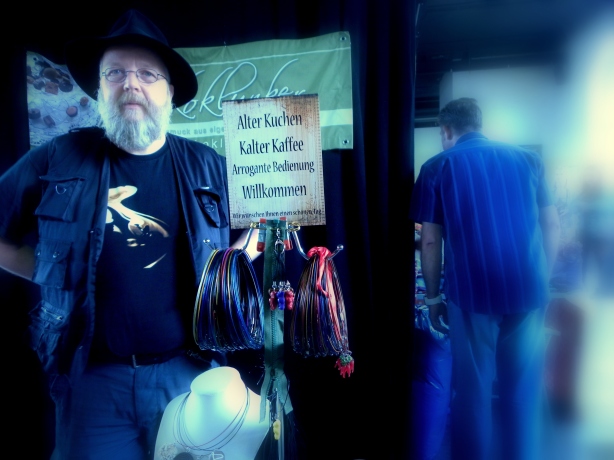 I don’t have to anything

On one side smiley face, on another an ad from a guy searching for young women to slap him

Voucher for one person to take a dump one time in the forest. I should except they issued these for animals as well

Photos hanging at the entrance